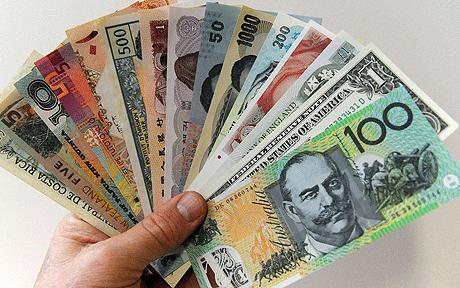 Canadians and Chinese take the lead in U.S. home purchases by foreign investors

Want proof that the real estate market is alive and well? How about this?

A recent Wall Street Journal article reported foreign purchases of U.S. residential sales jumped up 35% in 2013.The same report listed the Chinese as the leading buyers of expensive homes, followed closely by Canadians who made the greatest percentage of purchases overall. Mexicans, Britons and Indians were next. Is the American dream only out of reach for Americans?

If your idea of living the American dream still includes a home with a white picket fence, you had better get moving on to make that dream a reality. According to the National of Realtors, foreigners bought almost $93 billion of U.S. real estate in 2013, and close to $69 billion in U.S. property the year before.

With 1.36 million properties going into some stage of foreclosure in 2013 according to CNN Money, one can easily start to think there is  no news but bad news on the real estate front.  The article went on to say that in December 2013, nearly 1 in 5 homes were “deeply underwater,” with homeowners owing more on homes than the properties were actually worth. The foreclosure crisis is, no doubt, the direct result of the now-infamous real estate bubble. But at some point, we should be able to rebound. At least that is what most of us are thinking about and hoping to see.

The fact is, foreclosure rates dropped by 26% from 2012 to 2013. But the inventory of homes that now hang in limbo somewhere between individual ownership and bank repossession has many Americans still combating lingering fears from the Great Recession.  Up to 70% of Americans are living paycheck to paycheck. With those kinds of numbers, it’s not difficult to see why homes end up in foreclosure and homeowners, already out of sorts and overburdened, find it easier to let properties go and turn to renting than to fight to look for less expensive properties in which to invest.