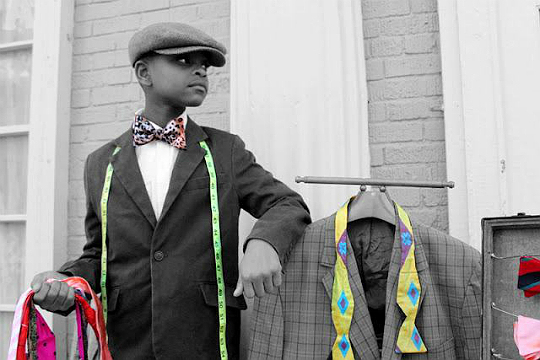 Why the only thing standing between you and business success may be you.

What do you know about Mo?

If you happen to watch Shark Tank, you’re probably familiar with the charming young man who appeared on the show at just 12 years of age, already three years into his own business. Mo’s Bows is a men’s apparel company. I say that because that’s what Moziah Bridges, the middle school-aged CEO of the company envisions for the company. Right now, their primary offering is bow ties.

In this age of online stores with virtual inventories, I’m not at all surprised to see this surge in young entrepreneurs. Companies like Mo’s Bows with their pre-teen CEO and Fish Flops with 15 year-old Madison Robinson as the company’s chief visionary are evidence of something that I think we tend to skip out on as we get older.

Moziah Bridges was 9 years old when he started his bow tie business. In April 2014, he was 12 years old when he appeared on the popular pitch show, Shark Tank. His pitch was good. It seems young Moziah has become a seasoned pitchman in his own right. He so impressed Daymond John that the fashion icon offered himself up as a mentor for the young entrepreneur to keep Moziah from having to sacrifice equity in his company in exchange for a loan.

It gets me thinking. Maybe the psychology of taking a risk is a little easier to swallow when you’re younger and you still have Mom and Dad to fall back on. I understand that. Once you have your own mortgage, car note and credit card bills to pay, you naturally become a little risk-averse. That makes all the sense in the world.

Unfortunately, being afraid to take a risk is also the one thing that separates many would-be entrepreneurs and real estate investors from their success. You cannot become a real estate investor without actually investing in real estate. It just doesn’t work that way. At some point, you have to take what you’ve learned as a member of GIC Deal Finders and put it to work. There is no way around it.

My point? Beyond dreaming, planning and thinking, is the doing. Sometimes, the only thing between you and success in any business is just doing it.

For Women, Real Estate Investing is a Need, not a Luxury